Years ago an introduction to making movies with cell phones grew into an official platform to screen mobile films on a big screen. The founder of the International Mobile Film Festival reached across the world in 2009 to anyone with a phone urging them to create films with only mobile phones to be a part of the unique film festival in San Diego. Susan Botello has since partnered with several smartphone film festivals around the world to empower the industry with a priority given to mobile filmmakers of all ages.

San Diego is home to another platform which gave rise to an incredible culture: Comic-Con. “It was founded as the Golden State Comic Book Convention in 1970 by a group of San Diegans that included Shel Dorf, Richard Alf, Ken Krueger, and Mike Towry; later, it was called the “San Diego Comic Book Convention” (source: Wikipedia)

SBP Podcast is the voice of mobile film hosted by the very passionate founder of the film festival, who has also given lectures during Comic-Con International San Diego in 2016 & 2017. Susan Botello aka Susy Botello, has created other programs exclusive to mobile film such as the most recently launched Global Mobile Film Awards™, Mobile Film School (non-accredited) and others.

This special episode of the SBP Podcast features a special guest, Aaron Nabus. Aaron, found out about the mobile filmmaking panel at Comic-Con and attended the panel. Aaron has been attending comic conventions for many years. He and his long-time friend, Alex Benedicto co-host the Hall H Show Podcast together. Their podcast gives a voice to the comics artist and artists in general. He asked Susan to be a guest in his podcast at the beginning in November 2016, and that experience inspired her to consider creating and launching the SBP Podcast to give the global mobile film industry a voice. Susan invited Aaron to #MFF2017SanDiego.

It was a real pleasure for us to sit in a coffee house to record a fun and informative discussion with Aaron Nabus. We spoke about our film festival in 2017, the films and filmmakers and the experience as seen through Aaron’s eyes. 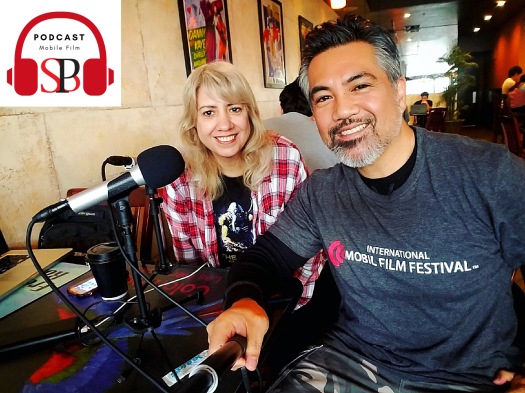 Listen to Episode 11 of the SBP Podcast.

Aaron shares great advice on what to expect and what you need to know to attend Comic-Con and Susan shares how to shoot good video during comic-con without carrying bulky gear to the convention, in an exclusive bonus episode on our Patreon page. If you want or plan to go to Comic-Con or any other big convention, you’ll want to access this bonus podcast!

Susy Botello aka Susan Botello is in San Diego, California. 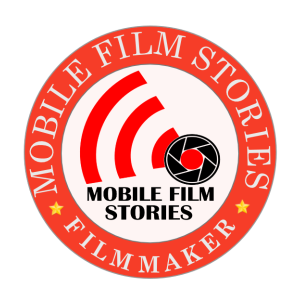